How Do You Put the “Honorable” in Honorable Closure? – A Case Study

Amanda leans forward, placing her elbows on her desk and then, with a serious look on her face, she asks a question that I hear often: “How do you make closure ‘honorable,’ anyway?”

Amanda is the CEO of a Chicago start-up who recently fired Emily for insubordination. (Names have been changed for obvious reasons.)

The two executives had always enjoyed a working relationship filled with mutual respect and personal regard. This bond was fueled by the feeling of ‘us against the world,’ that frequently exists in start-ups. Together with the rest of their management team, Emily and Amanda rolled up their sleeves and were breaking new ground in their field.

Success and failure fed the adrenaline rush, momentum built and within six months, the unit Emily oversaw became the most profitable unit in the organization. Amanda and the Board agreed Emily’s unit should receive more funding. Emily recruited a fantastic team that coalesced into a vibrant group. Within twelve months the team was cooking on all cylinders, inspired and deeply loyal to Emily.

Meanwhile, Amanda, who was a consistent champion of Emily’s success, started looking strategically at the other business units and how to broaden the offerings and create new income streams. That is what CEO’s do.

Where the Trouble Began

As it turns out, Emily had a personal friendship with the start-up’s founder and she thoughtlessly started speaking to this person out-of-turn and questioning some of Amanda’s strategic decisions.

Then, one day Emily sent an unsolicited status email to this friend and founder and she copied Amanda. The email itemized several things Emily thought the organization should be doing, which differed substantially from what Amanda had recommended to the Board.

Amanda experienced the email as an inexcusable breach of trust, and fired Emily. Emily was shocked, which tells you something about how young and naive she is. One of the star leaders was out. This caused a big internal shake up that impacted productivity and focus. Amanda now had to address employee engagement issues, re-organize and manage up, while addressing her own feelings of shock and dismay. This cost Amanda a lot of time, and she resented Emily for causing months of trouble.

Three months later, those that remained after Emily was fired have re-grouped and the dark cloud has dissipated. Some employees stepped into new positions of leadership and flourished, new people were hired and the company’s success continues. Amanda’s clarity about the current strategy is stronger than it ever would have been without this experience.

Amanda and Emily haven’t spoken for months and they have both told me they want to have Honorable Closure. They work in the same industry and will likely encounter each other again; but even if they don’t, both heard about my work and felt there was something left to ‘complete’. Amanda also sees value in Honorable Closure for herself and the team, which has a strong sense of community.


So, this brings us back to Amanda’s original question: “What makes closure ‘honorable,’ anyway?”

“Forgiveness,” I say looking her straight in the eye. We hold each other’s gaze for a long moment.

“Can you forgive Emily for betraying you?”

The corners of Amanda’s mouth slant down. This is not what she wanted to hear. Forgiveness is required in all good relationships, but we seldom talk about its value in corporate dynamics.

I hold Amanda’s gaze. I’ve never been more serious. Amanda holds the key to her own freedom.

“Perhaps I need a refresher on what forgiveness is,” she says.

A Refresher Course on Forgiveness

“You can forgive the thief who has just stolen your shiny red sports car at the same time that you call the cops to report the theft,” I respond.

Then, I ask Amanda what the cost is to herself, and by extension to her team if she does not have Honorable Closure with Emily. Who pays if she doesn’t let go?

Amanda acknowledged the cost to her own peace of mind. One of the things we are trying to discern is if there is value in me facilitating a conversation between her and Emily.

“What if I’m not ready to forgive yet?” she asks me. “This whole situation caused me a ton of pain and aggravation. Maybe we shouldn’t meet until I can let this go.”

“Perhaps,” I respond, because I really don’t know what is best yet. I had not yet met with Emily at this point.

“Regardless of when we might meet, it is perfectly OK not to be ready to forgive. That is honest and true for you at the moment. There is no reason to declare anything you don’t mean. But would you like to get to that point, eventually?”

“Great. Then there is hope for you,” and we laugh.

“You have the aspiration to forgive, the willingness to keep that as a goal, because you see the cost to yourself and the team.” That’s a good start.

Next, I ask another crucial question, “Until you can fully let this go, can you forgive yourself for not being ready to forgive yet?”

Amanda needs time to reflect on this.

Forgiveness is a habit that get’s easier with practice. The word “forgive” is a verb, suggesting action, and the action is letting go of the idea that what happened is ‘good’ or ‘bad.’ What happened just happened.

I suggest Amanda do her own research on what forgiveness is and what it is not.

My favorite resource is Fred Luskin’s list of 9 steps to Forgive For Good. Dr. Luskin’s work has been successfully applied in corporate, medical and legal settings. He is the Director of the Stanford Forgiveness Project, where six successful research projects suggest that forgiveness leads to increased physical vitality, hope, confidence and conflict resolution skills.

The cost of not forgiving is that it takes us out of the present moment—impacting employee engagement and productivity—as we ruminate on the past and waste precious energy and attention on old news. Honorable Closure is the best antidote that I know for this.

By the end of the meeting, Amanda and I decide that I will work through my 4-Step Process with both executives privately, with one or two meetings each. Then, we will assess together if it makes sense for me to be involved in a meeting with them both, or if there is something else that shows up for us as the next right action.

Honorable Closure is a process, not a thing. As I hope you can see from this example, the process and timing of the various stages need personalization according to the circumstances, situation and personalities involved.

What is certain is that when individuals work with my 4-Steps and are willing to forgive and move on, there is a release of energy that pays extremely valuable dividends, for individual leaders and their teams.

How to Reap the Benefits of Post Traumatic GROWTH

Willingness to Forgive is Divine

One of the Lies We Tell Ourselves

Now I’d love to hear from you – what are some ways you’ve experienced honorable closure with a colleague whom you’ve had to let go, or if you yourself were fired, how did you find your way through it? As always, post your comments on my Honorable Closure Facebook page.

I look forward to hearing from you. 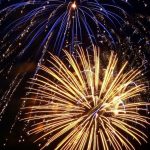 Write Your Own Declaration of IndependenceHonorable Closure (HC), Letting Go

What is Funny About This?Honorable Closure (HC), Letting Go