Last week, I attended the Sundance Film Festival for the first time. My friend Elaine and I saw five movies (some inspiring, others edgy, one awful). We laughed, reveled in falling snow, drank scotch neat and relaxed.

I did not expect to hear a useful observation about the folly of fear, but that is what happened. This seems fitting since the theme of this year’s festival was “Look Again.”

We were gifted with industry passes to a panel discussion titled ‘Sound Thinking’ about the evolution and role of sound (original scores, sound tracks, and sound effects) in film.

The panel comprised four highly accomplished men who had collectively worked with iconic directors like Coppala, Van Sant, Spielberg and Lynch. The most senior of the panelists has been nominated for fourteen Oscars (and awarded two), an Emmy and a Grammy. From the introductions and deference shown, it was clear: you and I might not recognize them on the street, but each of these men is a leader and celebrity in their circles.

The upstairs room of the Park City Elks Lodge was filled with over 100 indie filmmakers, composers, musicians, sound engineers, journalists. There were also lucky souls like Elaine and me who knew how to play it cool, blend in with the right sunglasses and aloof attitude (or so we hoped). Movie posters were plastered anywhere there wasn’t a stuffed elk rack, an ancient framed rifle, or tarnished hunting trophy.

Each presenter showed film clips and made specific points about the lessons learned. The audience was spellbound. Judging by the sea of raised hands, the Q&A session could have gone on for hours.

One of the panelists (who made his points with animated hand gestures and frequent finger-combing of his salt and pepper hair) made a casual observation: when sound was first introduced to film in the 1920s, the first response of the industry was fear.

“One trepidation,” he said, “was that directors and producers would take a lazy approach capturing stage performance’s audio and video on film; thus creating a one-dimensional and boring experience.”

In hindsight we know the exact opposite happened. Man’s natural creativity and curiosity was unleashed by new technology. The experience of creating and watching films was enhanced immeasurably. Dramas are more heart wrenching, thrillers have more tension, and the soundtracks of romantic comedies enhance their mind-candy lightness.

The fear-mongers of the 1920s were wrong. Today, the Academy of Arts and Sciences has four separate Oscar award categories (Original Score, Original Song, Sound Editing, and Sound Mixing) to acknowledge the craft. Satisfying and lucrative careers are possible in a field that didn’t exist before.

I wondered how much time and creativity was wasted on this bogus fear.

I wondered about the areas of my own life where fear was my first response, and how much energy I have wasted on future-thinking disaster scenarios. The “what ifs” loom large, and there’s no sound track with a staccato beat to warn me of legitimate dangers, no Motown melodies to lighten me up, or sweeping orchestral arrangements to assure me I’m about to crest the mountaintop.

Years ago when I first left my religion and was shunned, I was unsure of what my new support system would look like or where it would come from. A friend pointed out that fear was an acronym for False Evidence Appearing As Real (FEAR). Fast forward seventeen years and I have developed a deep bench of true friendships and a sense of belonging that transcends the bonds of blood relations and religious beliefs. My fear of being alone was unfounded.

Reflecting on that gives me solace now, two years after the death of my beloved husband. It’s a different process to grieve over something you would never choose, but some lessons are transferable. Though my loss is fresh, enough time has passed for me to hold all of my current fears (including the fear of being alone) with tenderness.

Mentoring and coaching clients often hear me caution: “Don’t believe everything you think.”

I don’t believe all fears should be disregarded, or that we should splash pink paint over situations to avoid seeing things as they are.

But what if we developed a habit (as individuals, leaders, in the media, as a culture) of curiosity as a first response? Why not Look Again? What Oscar-caliber living could that open up? 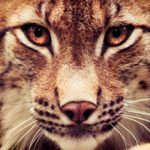