Woulda Shoulda #1: When Things Get Harsh – Tend to the Ouch

From a noisy street corner in Manhattan, a CEO drops the hammer while elevating his voice to be heard: “I’ve consulted with my team. No one is happy and I’ve decided to cut the cord before we waste anymore time and money.”

He is speaking to my client, Shannon, who then calls me in a state of shock. She owns a successful boutique ad agency and is used to hearing clients sing her praises. So, why is her newest client firing her after three short months?

He was harsh and critical, refusing her offer to address his vague complaints. There would be a one-month transition requiring two more meetings of their respective teams.

Shannon was bewildered and wanted Honorable Closure, but how? One part of her wanted to strangle the CEO and another part wanted to shrivel up in defeat.

That is where we started: managing her emotions so she could be graceful and professional throughout the transition.

I told her, “I’d be worried about you if you did not feel hurt and angry… The work you hold dear, your team, YOU have been rejected and your talent has been called into question. The CEO was snarky and closed to future possibility. You can’t collaborate where there is an absence of mutual commitment. That would be crazy-making for anyone!”

Shannon has a daughter in grade school.  I asked her what she would do if her daughter were criticized or rejected by one of her classmates.

“I’d comfort her,” Shannon didn’t hesitate in her reply. “I’d take time to listen, then cook her favorite meal.”  I encouraged her to do the same for herself, tend to the ouch instead of pushing it away. That’s not the whole answer, but it’s the only place to start. Without acknowledging and tending to the pain, it would only fester and impact her interactions, including in unconscious ways.

Emotions are never wrong. They just are.

Next, we discussed ways Shannon could tend to her emotions during the transition meetings. This included bringing awareness to all of the underlying (usually unspoken) issues i.e., what is at stake for Shannon and the client, and what emotions might others be experiencing. Then she could allow for them and hold her head high to the finish line. We imagined different scenarios so that she could prepare emotionally and intellectually.

It paid off. When all was said and done, she felt the ending was honorable. At their last handshake, the CEO complimented her on her professionalism, admitting he might have been hasty and harsh. . . not exactly an apology, but Shannon had been cautioned not to expect that from him anyway.

Shannon would later come to believe the CEO had always wanted to give the campaign to another firm, but deferred to his CMO who choose to hire Shannon. She was fired one month after the CMO left to work elsewhere. That CMO would later engage Shannon’s firm after settling into her new position.

At this point, Shannon could have shrugged her shoulders and put all of the blame on the CEO, but she wanted to look at this from all angles and take something away. We agreed to meet in three weeks, so she could get some distance from the loss. 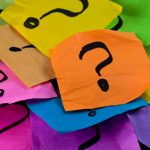 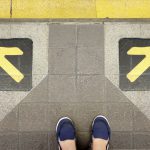