Thank You, I’ll Miss You, Good-Bye

Our relationship started, as all great relationships do, with no thought about the ending.
It was 1996 and I had recently initiated a series of good-byes. I left the religion of my childhood (Jehovah’s Witnesses) and was shunned by everyone in that community, including all members of my immediate family. I divorced my Witness husband, and moved from Portland to Chicago for a promising corporate job.

It Was Also a Time for New Beginnings.
I welcomed a new apartment, career, city, and friends who didn’t judge you for believing something different from them. A new life. I needed time to seek and sort. Time to find my chosen family, my soul family.

Tucker came into my life with ease.
No sooner did I have the desire to adopt a second cat, as a companion for my precocious tabby, Leo, than I was introduced to a neighbor with a litter of grey kittens needing homes.

How convenient! I’d always wanted a grey cat. Something about the sheen of steel fur appealed to me. I adopted Tucker and introduced him to Leo. It was a feline match made in heaven and I was their Guardian Angel. They ate, wrestled and slept together. Every day after work, they greeted me at the door. Every day they made me laugh.

One of my fondest memories from that time was Tucker trotting towards me one humid Chicago night, jaws clenching a dead insect, a cicada he’d hunted from our fenced back yard. He proceeded to honor me by placing the thumb sized creature at my feet. Later when we moved to the redwoods of Northern California, his gratitude offerings became a potpourri of mice, birds, lizards and dragonflies. Leo had grown fat and happy, content to show his gratitude by sitting on my lap.

Life was good. I married a wonderful man, found meaningful work, a soul family, and a sense of belonging.

Wisdom knows all things must end.
If I’ve learned one thing from my work with Honorable Closure, it’s that farewells are inevitable.

Once again I entered a period of major life changes. In 2010 my beloved and seemingly healthy husband was diagnosed with stage 4 cancer and died within two months. Tucker and Leo, as part of my loving community, were integral to my grieving process, bringing life and continuity to my shattered rhythms, always remembering to feed them, even as I forgot to feed myself.

Resting in bed, staring at the ceiling in disbelief, they seemed to sense my loneliness and were never far away. Tucker lay on my broken heart. Leo curled up near my head, purring like a chain saw. They kept this up for one year through my own cancer diagnoses, recovering from a lumpectomy and then a recession, followed by radiation and thoracic surgery thrown in for good measure. Tucker started bringing mice up three flights of stairs to the bedroom, where I spent most of my time. ‘There, there’ he seemed to say. He sat on the desk, between me and the computer screen as I struggled to focus and settle my husband’s affairs.

Plump Leo struggled to get up on the bed, so I placed a stool at the corner. I discovered that he had developed kidney failure and I started him on sub-q fluids once a week. “Please don’t die yet, ‘ol boy,” I begged. We three binge watched Mad Men.

Eventually I found the will to clear out all five bedrooms of that house and to sell it. Another farewell. Good-bye, Mill Valley.

I moved on to a new place in nearby Sausalito. My current home is full of light and love. There are two sunny decks and a lower yard over-ridden with ivy, wild iris, and enough mice to keep Tucker amused.

Sweet Leo left us two years ago.
And then there were two. When Leo died, Tucker really stepped up. Most of the time I work from home, but whenever I returned home from a trip, he continued the tradition of trotting out to greet me, meowing with much to say, sometimes scolding me for leaving him alone. His outdoor excursions and nocturnal shenanigans became fewer and shorter, though twice he brought me trophy mice, proud and amped up on the thrill of the hunt, meow-bragging and strutting his stuff.

Upon arising, without fail, as the coffee brewed, Tucker rose and followed, sitting near the fridge waited for me to give him treats that hid medicine for his failing kidneys. (“He doesn’t know he’s in kidney failure,” my vet assured me.)

I fell in love and even my new man adored Tucker. It was a love so true and surprising it trumped his cat allergies. In short, dear reader, if you’d met Tucker, I’m pretty sure you too would have fallen for him.

On April 1st, Tucker turned 19.
A few weeks earlier, I noticed a weird growth on his lip, which sent us to the vet. While there, the vet discovered a second sore. His kidney levels were whacked and he had a heart murmur.  The handwriting was on the wall. 19 is 92 in human years. As my friend Simon put it, Tucker was hanging out in the departure lounge.

There was a bunch of stuff to do everyday. . . medicines to administer, a cream to apply, pain pills, special food. He no longer cared to go outside. I became consumed with despair, my heart clenched into a hard ball as I contemplated another loss, one more good-bye. I damned mortality.

I got caught up in all of the “What Nexts?” and “What Ifs?” I was future thinking all the disaster scenarios. I worried about putting him to sleep too soon, or too late.

This is where my mindful meditation practice saved me. Sitting one morning, having settled my mind, I saw how much all of my worry and resistance were causing me to suffer more than necessary. More than that, it was taking me out of the moment. I only had days or weeks with Tucker and I was missing all the remaining sweetness because I wasn’t present. My boyfriend assured me, as the vet had before,“Tucker does not know he’s dying. He isn’t having any of the existential thoughts you are about the meaning of it all.”

As he had done his whole life, Tucker just knew how to respond to his desires in the moment. Tucker knew he was loved. I could choose to stop bathing him in my distress. I discerned the difference between sadness (wholly understandable) and worry (no good for anyone). I would just be with him, cherish the moment, grateful for our sweet connection and shared history, this fleeting unfolding that is life. That became my practice. . . .to be grateful, present and let Tucker go whenever he was ready.

That helped make the last few days not only bearable, but also full of light and beauty. That shift in attitude allowed me to have a deeper experience of ending well, of Honorable Closure. Tucker stopped eating. The vet provided some good kitty hospice drugs. We kept him hydrated with sub q fluids.

My boyfriend returned home from a trip, grateful for the chance to say good-bye. Seeing the physical decline in his furry friend after just one week, he nodded his head, assuring me there was no question, the time had come. I called my friend and former neighbor in Mill Valley behind whose home Leo is buried. Sunday, a vet came to the house and as I held Tucker in my lap, head resting in my hand, whispering sweet nothings, she helped him ease out of his shriveled body. There wasn’t much life left to slip away and finally Tucker was at peace. I wept softly, less than I’d imagined I would. Tucker’s grey coat never felt so soft.

That evening we buried Tucker next to Leo, in the redwood canyon near our former home. My Mill Valley friends prepared homemade gnocchi and tossed a salad. That’s the kind of things a Soul Family does for each other.

Does saying good-bye get easier?
I just can’t tell, but I do know life gives us plenty of practice, and there’s no use resisting it.

The day Tucker passed, I read this Sufi saying that reminded me that the greatest regret in life is love, unexpressed:

“Oh break my heart. Oh, break it again, so I can learn to love even more again.”

Thank you Tucker, for breaking my heart open and teaching me to love even more, again.

Thank you. I miss you. Good-bye.

Visit my website to learn how I support individuals, executives and teams to navigate transitions and enjoy Honorable Closure. 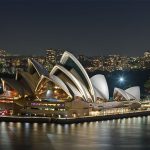 How to Realize a Vision When the “Technology” Is Not AvailableFor Leaders, Honorable Closure (HC), Personal Transitions, Tools & Resources 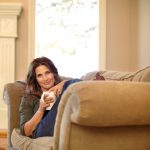