In the 1980s, Steve Jobs assembled a group of A-Players inside Apple to engineer the first Macintosh. It wasn’t unusual for Jobs to storm into an engineer’s cubicle and spew a load of expletives about some engineering trade-off made along the way. He pushed people to their edge to create a revolutionary desktop experience that included things we now take for granted, like a visually appealing and flexible graphics interface. (If you are under thirty, ask your parents.)

According to Walter Isaacson’s bio on Jobs, one of the more discerning team members taught the A-Players to filter Job’s criticisms through a translator. When Jobs said: “This is shit,” the engineers were encouraged to assume he really meant to say: “Tell me why this is the best way to do it.” In this way, an otherwise dead-end denunciation was reframed into a question that invited a response. The best you could do was stare Jobs down and say, “No, it’s not shit.” Then confidently—without blinking—explain why your way was better. Sometimes Jobs would be impressed enough to back down.

Can you imagine how exhausting and creatively stimulating it must have been to work with him? You needed these sorts of strategies to stay sane and survive. We all have prickly people in our lives that make us want to pound our head (or their’s) silly with a wireless keyboard: the closed-minded colleague that challenges new ideas, a partner, parent or friend who wants us to conform to some soul-sucking standard of living, etc.

What people complain about reveals what they care about. However unskillful and demeaning Job’s criticisms were, they betrayed a deep and unwavering commitment to design a life-changing sexy experience via a beautiful, high utility product. He believed imperfection was morally appalling. Many times, even after he backed down, the engineers would eventually find an even better way to perform the function that Jobs had criticized. Genius and crazy often co-exist, which is one reason to listen deeply, beyond the obvious.

If you are at odds with someone in your life and need to resolve a conflict, take a moment to translate their objections into: “Tell me why this is a better way to do it,” or consider what it is about the situation they really need you to understand. You don’t need to give up your position, just step out of the way for a few minutes and see what’s there to comprehend. What do they care about and why? Despite a lot of nonsense and whacko shenanigans, many of those A-Players at Apple were unwavering in their loyalty to Jobs because they shared his passion for excellence, and so they got to play a part in changing the world.

What’s the common ground of caring underneath your conflict? Is the over-riding vision big enough to keep you inspired and working through the complexities of relating that arise when people collaborate? If so, build from there. And if the vision no longer captivates you, perhaps it’s time to have Honorable Closure and move on.

You can find out more about how Linda works with teams and executives in transition here. 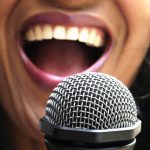 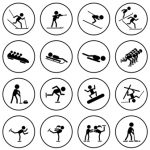