Like most transitions, July 4, 1776 was the end of one thing (tolerance of oppression by the British government) that opened the way for something fresh and revolutionary (freedom, civil liberty, democracy, a declaration that all people are created equal).

The second would not have occurred without the first. The collective had to let go.

The first step, made via the unanimous Declaration of Independence by the Second Continental Congress, was controversial, risky, but also inevitable. The energy, desire and intention of the people were irrepressible.  Breaking away was the only choice. Aren’t you grateful that our founding fathers had the courage to go for it?

What desires and intentions for freedom are you feeling right now, in your own life? What exits or endings are inevitable?  Are you thinking of breaking away from a religion, community, relationship or job that no longer serves you?  Perhaps you have already mustered the courage to proceed.

Hang in there.  Letting go and moving forward is discombobulating, but following your heart is always worth it.

Freedom brings relief from the tension of oppression that has the power to launch us into the new, revolutionary life we dream for ourselves.  One way to leverage that energy infusion is to write your own Declaration of Independence. Consider it something real that is already true.  Declare it so and then make it so by living into it, one day at a time. 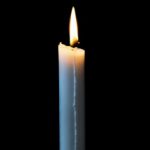 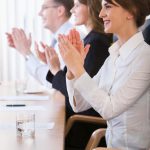