How to Realize a Vision When the “Technology” Is Not Available

“If you spend too much time thinking about a thing, you’ll never get it done.”
— Bruce Lee

Big things happen in small steps, just like the proverbial ‘Journey of 1,000 Steps.’ This is an inspiring story about that kind of journey. It’s about how a HUGE now world-famous vision was realized, but it might have never been (more than once).

Once upon a time, in Sydney, Australia
The city held an international design competition. Architects the world over were invited to submit plans for a performing arts center that would hold two great halls and be constructed on Bennelong Point in Sydney Harbor. The year was 1957.

Over 200 plans were submitted. Officials awarded the coveted prize to Jorn Utzon, after one of the judges, upon arriving late, insisted on reviewing all of the discarded plans and found Utzon’s there. That judged declared to the other judges: ‘This is your Opera House.’

His design was fresh and cutting edge, unlike anything anyone had ever seen. Utzon’s design placed the two performing halls shoulder to shoulder, overlooking the harbor, whereas competing designs put the second hall behind the first, to form a long rectangular building, boring by comparison.

Utzon had submitted a very rudimentary drawing showing the now famous spherical shells jutting out in opposing directions. Despite the lack of detail, his design captured the imagination of the public and city officials.

Living on the Edge of the Possible
But there was a problem. The engineering know-how did not yet exist to build the concrete shells that were central to the design. Utzon not only pushed the boundaries of creativity, but also of science. “I like to live on the edge of the possible,” he said.

Fundamental plans were drawn up and construction began in 1958, despite the unresolved engineering issues.

But isn’t life like that at times? You have a big vision for your life and/or work, yet no idea how it’s going to come together. You might be clear about the basic form, (i.e., an idea for a start-up, a career change, or life direction) but the ‘how’ is yet unknown. The ‘technology’ is not yet available. There are risks, some real, others imagined. Would you proceed? Would you take the next step, or not?

Budget. What Budget?
Original projections put the cost of Opera House construction at $7 million over 3 years. Ha! Hundreds of manhours were spent trying to unlock the mathematical solution that would bring Utzons’ vision into physical form. Twelve different models we devised and discarded. After four years of persistent inquiry—the project over budget and controversy brewing—Utzon had another creative breakthrough and found a structural solution using cost-effective concrete molds. The project moved ahead, challenged further with unruly city politics and bloated civic personalities. To much fanfare, the Queen of England came to open the House, in 1973. The final cost was $107 million spent over 16 years.

What if Jorn Utzon had never written down his big vision? What if he over thought the challenges and caved to self-doubt? What if he’d failed to share his ideas with other people who could support him? What if they’d waited to begin construction until all their ducks were in a row? We all know the answer: Nothing would have happened.

The Dream Became a Reality That I Experienced Personally
Now, every year 1,500,000 people attend 1,500 performances at the Sydney Opera House, and 300,000 people take a guided tour of this amazing space. Last week, I was one of those people. Having travelled to Sydney for work, I scored tickets to a symphony performance, which was composed and conducted by an Australian. It was a thrill to revel in local talent, those famous acoustics, awash in the melody of a 10,000 pipe Grand Organ.

I will have this special memory for the rest of my life, which was made all the more meaningful the next day, when I came back for the guided tour and heard Utson’s story. I am so grateful to him for having the courage to dream and act ‘on the edge of the possible.’

For all of us who are dreaming of ways to make life better for ourselves, our families and our world—whether that be to leave your current job, say good-bye to your partner, invent the solution to a problem, or design something beautiful—I hope you will be encouraged, as I was, by the vision and un-wavering commitment of Jorn Utzon.

Now, It’s Your Turn. Please Don’t Wait.
Here are the three things I took away from this story that are good to remember when you are starting anything new:

If you have a burning desire to contribute your gifts and talents to the world, we all need you to go for it, now, not later.  Please don’t wait. You never know what might happen beyond the limits of “technology.” What you have to contribute could ripple.

Visit my website to learn how I support individuals, executives and teams to navigate transitions and enjoy Honorable Closure. 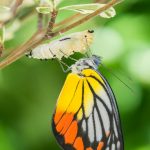 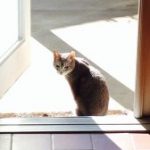