Warning: "continue" targeting switch is equivalent to "break". Did you mean to use "continue 2"? in /nfs/c03/h03/mnt/168014/domains/lindaacurtis.com/html/wp-content/themes/jupiter/framework/includes/minify/src/Minifier.php on line 227
 How to Meet Criticism: “Just Sing” - Linda Curtis - Author, Mindfulness Teacher, Speaker, Mentor for Honorable Closure

How to Meet Criticism: “Just Sing”

At one time or another, we all face criticism, self-doubt, and fear.  Sometimes inspiration to overcome these challenges comes from radically unexpected places.

Case in point, as the “modest Christian girl” that I was raised to be*, I never anticipated that Cher could be a kind of role model.

She is one of those performers who evokes a strong response in people. You either like her or you don’t. Ever since I was a young girl watching her on the Sonny & Cher Show, I’ve admired her irreverence, her willingness to be bold and beautiful. She was so “out there.”

I often judged her clothing choices harshly, as “too flamboyant.” (Remember that see-through Bob Mackie number with the mile-high headdress?) But, even then I admired her nerve. Truer still, I was jealous of the freedom she claimed for herself, absent any apology.

A Life Lesson in Facing Criticism

At the peak of her fame, a reporter asked Cher how she balanced the relentless criticism and praise she received in the press. Her answer was useful for anyone facing criticism and learning how to follow their heart toward an unpopular choice (like leaving a religion, a marriage, or starting a new endeavor the others don’t understand).

My Call to Action

Please don’t let fear of the unknown or criticism from others stop you from singing your “song.” And don’t let anything or anyone (including yourself) weigh down your efforts with unrealistic expectations of perfection, endlessly stalling until “everything is just right.” Just sing.

We need your songs and your dances. If you don’t do them, who will?

Listen for those songs. Feel those dances. Get a move on.

And if you find yourself needing to borrow someone else’s songs from time to time, try something bold, like Believe, which earned Cher a Grammy for best dance recording. That is how you sustain a career for six decades, sell 100 million records, and earn a Grammy, Tony and an Oscar.

* As I write this I’m preparing to release my memoir, Shunned:  How I Lost My Religion and Found Myself.  It tells the story of my journey out of the Jehovah’s Witness religion and represents a new kind of ‘singing’ for me.  Check it out

If you liked this post please consider joining The Departure Lounge community by subscribing to the blog.   It’s a community blog where we can have candid conversations about the paradox of endings: the joys and sorrows, the loss and liberation. 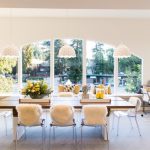 Bearing the unbearable: When a daughter shuns youShunned, The Departure Lounge, Tools & Resources